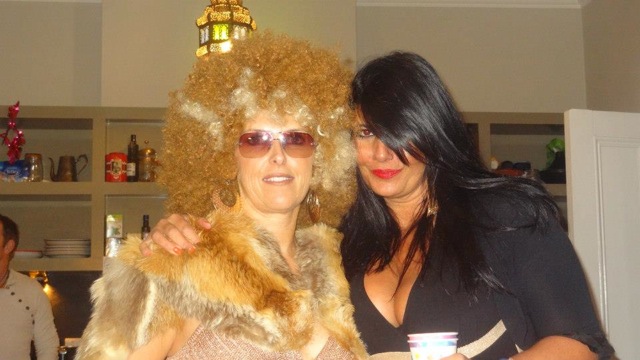 Saturday 19th January saw the second annual Brighton fundraising event with all proceeds going to JUSTRI’s Romanian Project. Once again Georgie Card and Sean Nolan pulled out all the stops and were great hosts.

This years event had a little twist, it was billed as Miss Alexandra Villas 2013 Beauty Pageant, “a gala extravaganza that celebrates grotesque beauty in all it’s forms”. As you will see from the photos the evening more than lived up to all the hype.

We witnessed Miss Northern Ireland give birth live on stage, that has to be a world first. Miss India brought a touch of Bollywood glamour to the proceedings while Miss Brazil  went all carnival on us. Fresh from London’s West End Miss Dreary Lane bought the house down with a beautiful rendition of Memory from Cats, eat your heart out Susan Boyle! We also had Jo Marshall-Fraser, not an entrant, who sang beautifully while the judges deliberated on what was a very tough decision given the extremely high standard of this years contestants.

The event was well attended, and very well organised and culminated with the strangely statuesque Miss Jamaica taking the coveted title of Miss Alexandra Villas. Despite protestations concerning her gender I have it on good authority that she is all woman and a gender test is not necessary.  No expense was spared when she was presented with a plastic pyramid box packed with Fererro Rocher chocolates (many thanks to The House of Ferrero Rocher and The Ambassador).

On the night we raised around £1,150, a tremendous result especially considering  the extreme weather we were experiencing and also the disruption to train services to Brighton.

The money raised will be put to good use; I am planning two trips to Bucharest in the coming months. The first will be in spring to redecorate another baby ward at Matei Bals Hospital followed by a trip in summer to Victor Babes hospital to renovate a garden and play area. This work is very rewarding and we like to get the patients, mainly teenagers and young adults, involved as much as possible.

On behalf of Justri I would like to thank Georgie, Sean and everyone that attended what was a very enjoyable and fun evening.