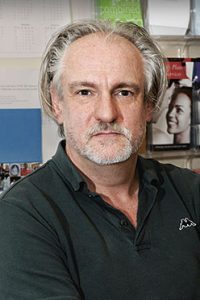 The interview included input from colleagues in London and Zagreb(1) and offers insights into the challenges affecting sexual health services in South-East Europe and provides examples of some of the pioneering work JUSTRI is supporting in this part of the Region, including helping set up the first sexual health clinic for men who have sex with men.

Mike says about Justri work in South-East Europe …”JUSTRI has been working in South-East Europe since 2006. With the exception of Romania, most countries have low levels of HIV prevalence. However, the number of young gay men presenting with multiple STIs and HIV is rising. In countries such as Croatia and Romania, where young people have easy access to other countries in the European Union and populations can mix freely, we have elements coming together to create the perfect storm: relatively low knowledge and poor understanding about sexual health; no habitual sexual health screening; dermatovenereology (DV) clinics managing syphilis but not chlamydia or gonorrhoea, and infectious disease doctors treating specific conditions, but not working within the context of sexual health prevention, treatment and care. More young people are on the move, mixing with populations where there are higher rates of STIs, including HIV, and we are seeing behaviour that mimics trends in some Western European countries, where people are now less concerned about HIV, so there is a decline in safer sex. Increasing numbers of naïve young men from countries where HIV prevalence is low are travelling, contracting STIs, and returning to their countries.”

He continues to identify the main challenges in this region and points out “JUSTRI helped to set up a “one stop” STI service in Zagreb for men who have sex with men (MSM) in October 2014, which offers testing, counselling and treatment free of charge and without referral(2). Within the first seven months the number of gonorrhoea patients seen was half the reported number of cases for the previous year in the whole of Croatia. ..”

He cites “It was the first clinic dedicated to men (including MSM) in South-East Europe – a sexual health afternoon clinic session, once a week. From October 2014 until July 2015, 140 men were seen at the service (97out of the 140 were MSM). Sixty one of the 140 men reported symptoms at presentation and 44/140 had had a previous STI of whom 13, all MSM, had had proven syphilis. Forty five had never taken an HIV test (17 MSM) before testing in the clinic(3)….” and that “JUSTRI plans to support the setting up of similar clinics in the region; training sessions have taken place with doctors from Bosnia-Herzegovina, Serbia, Montenegro and Bulgaria. JUSTRI sees itself knitting people together; the threads then go off in different directions, but the good thing is that people are now talking to each other…”

To read the whole interview including what he says about other Justri activities and the associated Justrislide see the original article here: http://www.medfash.org.uk/eurobulletin-efeature

For your convenience we have coped the interview into a PDF that you can download here: